UKBI (Uji Kemahiran Berbahasa Indonesia) is a test of Indonesian language proficiency in both oral and written. This is the only official test from Indonesian government.

What are the sections of UKBI?

What are the areas to be tested on UKBI?

UKBI tests the usage of Indonesian language in different modes of communication and language style. They can range from informal daily conversation to formal written communication used in media, public, textbooks, etc.

Who can take the UKBI?

All Indonesian language speakers, both native and non-native speakers.

What are the structures of UKBI?

There are five sections in UKBI; multiple choice questions (Sections I, II, and III), writing (Section IV), and listening (Section V). The details are on the following table:

Please refer to the below grading system (out of 900 points). 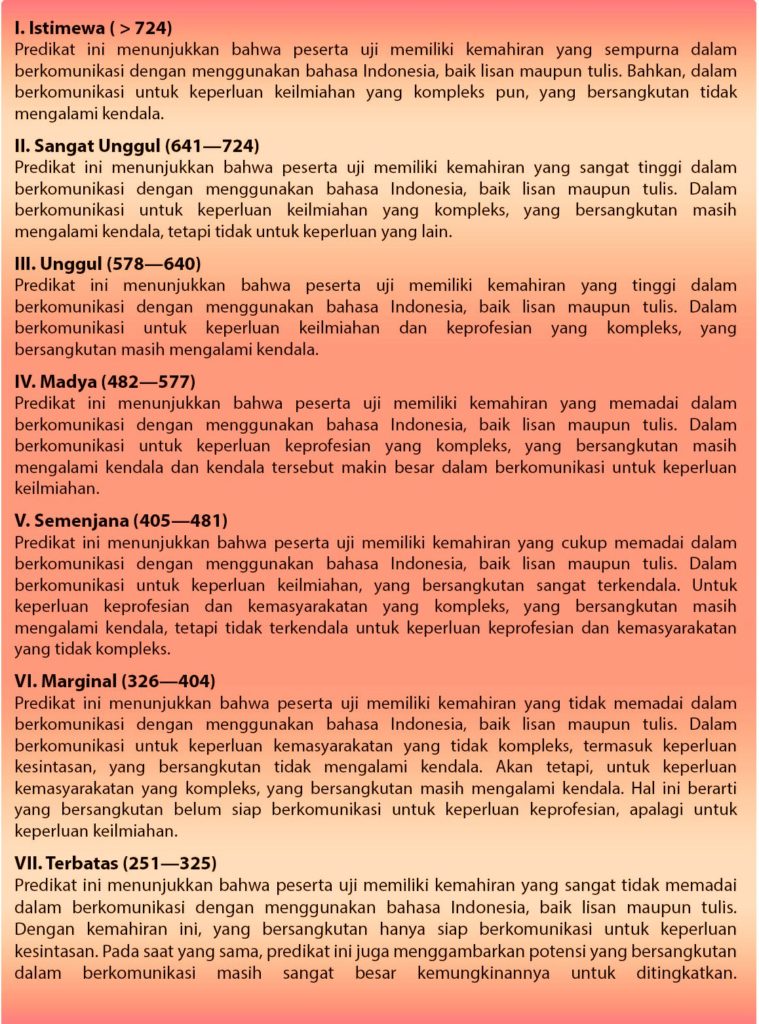 What will the test takers get after sitting for UKBI?

Test takers will get a test report in a form of a certificate published by The Indonesian Language Center, The Ministry of Education and Culture. 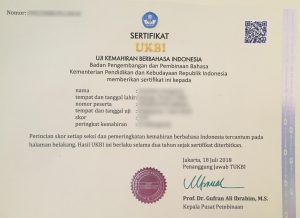 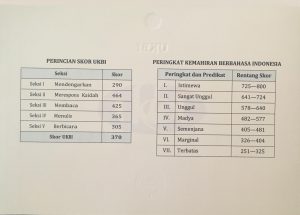 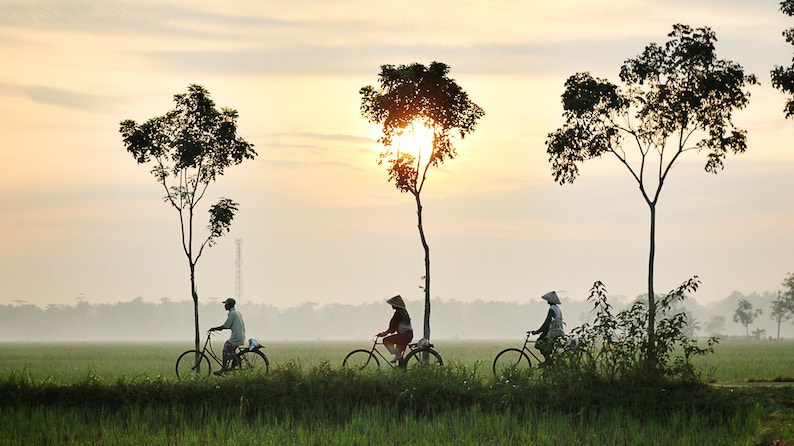